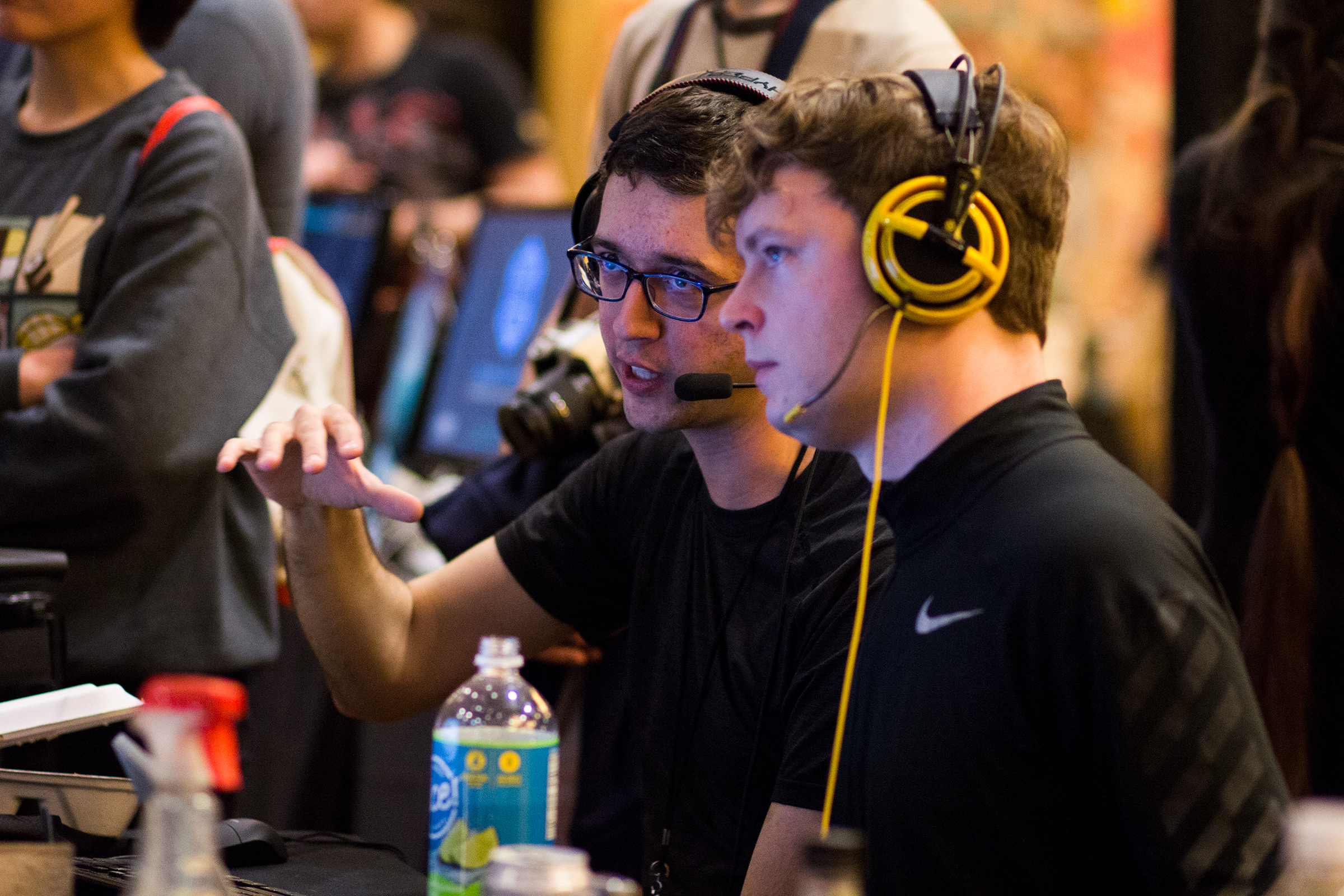 It’s 2018, and competitive gaming is bigger than ever. DDR in particular has undergone a bit of a renaissance in the US following the release of DDR A, and tournaments are happening regularly again. But things have changed since 2004, and streaming platforms like Twitch are a big part of gaming tournaments these days. Since this is a new area for a lot of DDR enthusiasts, I wrote some rules that I think will help commentators to hype up the game, the players, and the tournament itself.

1) Don’t talk about yourself

I know, you’re on the mic and you’re reading the chat. You’re the public face of this tournament right now, and everyone on Twitch is waiting to hear what you have to say. But YOU ARE NOT THE STAR. There’s a tournament going on right now, and the viewers are here to see it. Talk about the players, especially the players who are playing right now. This isn’t your personal Twitch stream. If you’ve got the audience’s attention, then you’ve done half of your job. The second half is to direct that attention toward the match that is going on right now.

2) Don’t talk about yourself

This sounds really similar to the first rule, because it’s the same! I wrote it twice just in case the importance wasn’t apparent the first time. If you take anything at all away from these rules, remember this. Stop talking about yourself. I know, I know, you had a really interesting match with the player who’s up right now back in 2012. Or maybe last time you played this song you flagged it on the last step. Or maybe you know this song is really tricky because you played it 8 times in a row last week and still couldn’t get that score you wanted. None of that matters right now. Stop. Talking. About. Yourself.

3) During a match, talk about the match

Again this sounds really similar, but it’s not exactly the same as the first two rules. Let me elaborate. In between songs/matches, there’s plenty of time for anecdotes. Introduce the players who are about to play, promote the venue, give shoutouts to your sponsors, reflect on the match you just saw, etc. But when a match is going on and the players are playing is not the time for that.

I can’t count the number of times I’ve been watching a DDR tournament stream, and the commentators were so busy chatting about some story from “back in the day” that they didn’t even catch who won the song/match. This is WORSE than dead air. You’re DISTRACTING the viewers from what they came to watch. When you’re on the mic, pay attention. There’s a tournament going on.

DDR is a pretty hard game to follow as a spectator. The score changes several times every second, and by the time you’ve read the score from one side and moved your eyes to the other player’s score, both scores have gone up by so much that you’re still not sure who’s winning. On top of that, many viewers won’t know the particulars of each chart. Let’s say two mid-tier players are playing PSMO, and it gets to the slowdown at 344 combo (the last slowdown before the end runs). You can see at that point that Player 1 is up by 18 EX points. Here are some things you can say:

5) Talk up the players

If one (or both) of the players are in the bottom of the bracket, talk them up anyway! DDR is hard. If somebody is competing in a DDR tournament, chances are that they’re miles and miles better than most people, and probably better than a good chunk of the viewers. Even if that wasn’t the case, keep things positive. If a top tier player is up against somebody in the first round who can’t pass all of the 17s, talk about avenues of victory. Sure, it’s a longshot, but don’t take the win for granted. Imagine you were in that position. How would you try to win? Your best bet is probably to play the easiest songs available and hope that the other player makes a mistake. Tell the viewers that! Try not to say that one player is “better” or “worse” than another.

Try to create a bit of a horse race if you can. Nobody wants to tune in to a tournament and hear commentary about how lopsided this match is, or how Player 2 has no chance here. Plus, Player 2’s friends and/or family might be watching, and players themselves will often go back to watch their own matches. You wouldn’t want to discourage them from entering a future tournament, so stay positive. Compliment their performance even when they lose, and be sure to congratulate the winner. If both players do their best, they deserve some praise.

6) Use player handles, not real names

This one is pretty simple. You may know the players personally, but many of the stream viewers will not. I know you want to bring a personal touch to the stream, especially when your friends are playing, but again, it’s not about you. It’s confusing for the viewer when they see JJK vs JAFAR on the stream and hear the commentator say “Stephen takes the first song”. Who is Stephen? Was he on the left? Some players even prefer their alias, so you should definitely use it. You don’t have to be TOO rigid for this one, especially for players who have their name as part of their handle. Feel free to say Dave instead of EvilDave or Chris instead of CHRIS4LIFE (unless the players ask you to use the handle), but in general, stay away from real names.

This should be obvious, but apparently it’s not. Right now, all non-KAC DDR tournaments are pretty grassroots and community-driven, but the game has more support in the US now than ever. Konami is paying attention to the US market, and players from America have gone to compete in the last 2 KAC tournaments (and won one of them!). Imagine getting an official national DDR tournament, or even split up by regions/states. Even if that’s a pipedream (and I don’t think it is), bashing Konami is just tactless. The people who are watching a DDR tournament on Twitch probably like DDR. While the most hardened and jaded players may be fine with some Konami-bashing whenever some disliked/broken song comes up, we’re trying to promote DDR here. You don’t want viewers to leave the stream thinking that DDR is poorly made or going in a bad direction, even if you personally think that.

Along similar lines, keep ITG/PIU comparisons to a minimum. It’s probably fine to mention that Player 1 has a lot of ITG experience, or that Player 2 is primarily a PIU player, but talking in-depth about how the chart for Fire Fire in DDR isn’t as good as the one you used to play in ITG, or how much better Andamiro is for supporting at-home setups is probably over the line. Again, we want to hype DDR for the viewers.

8) Cater to the casual viewer

DDR is not only hard to follow, but also hard to understand at the top level unless you’re a pretty good player yourself. Casual viewers probably won’t be able to tell whether Vanessa is harder than exotic ethnic, or understand why bag Challenge is so brutally hard. Not only should you be helping the viewers know which player is winning, but you should set the stage for exciting or impressive moments. Quick Master may not LOOK particularly hard to the casual observer, so it’s your job to let them know why it’s tricky AND how impressive it is that both players got PFCs on it.

I think following these rules will make DDR tournaments more exciting for the hardcore DDR crowd, while making them a lot more approachable to the less-informed viewer. If you only take away one thing from this, remember: stay positive, hype everything, and stop talking about yourself. Happy STREAMING-ING!! 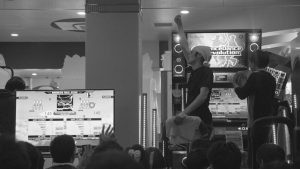 WARS: A Japanese DDR Tournament From An American’s Perspective 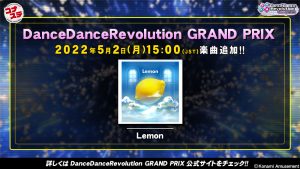 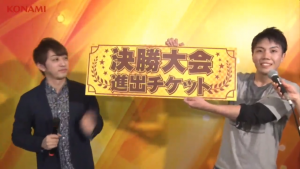 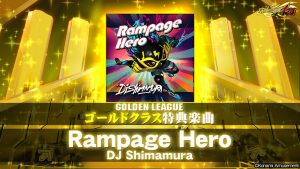 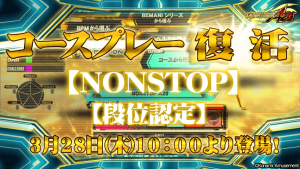