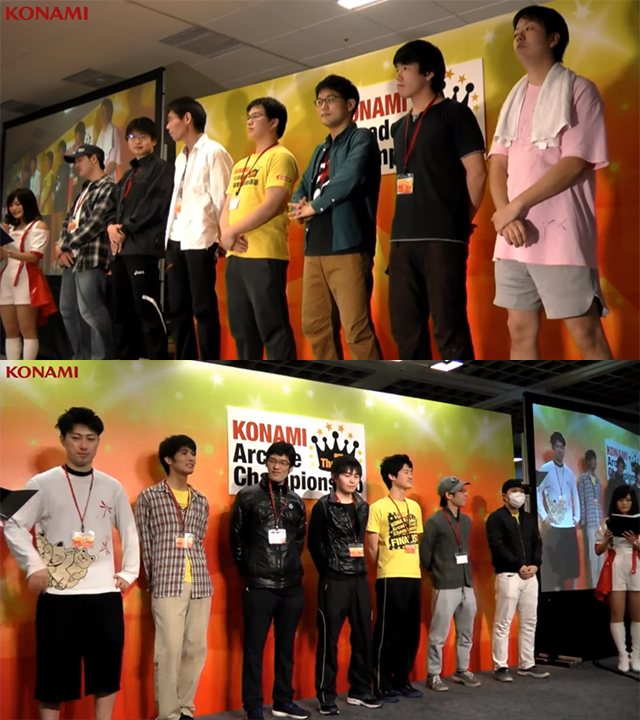 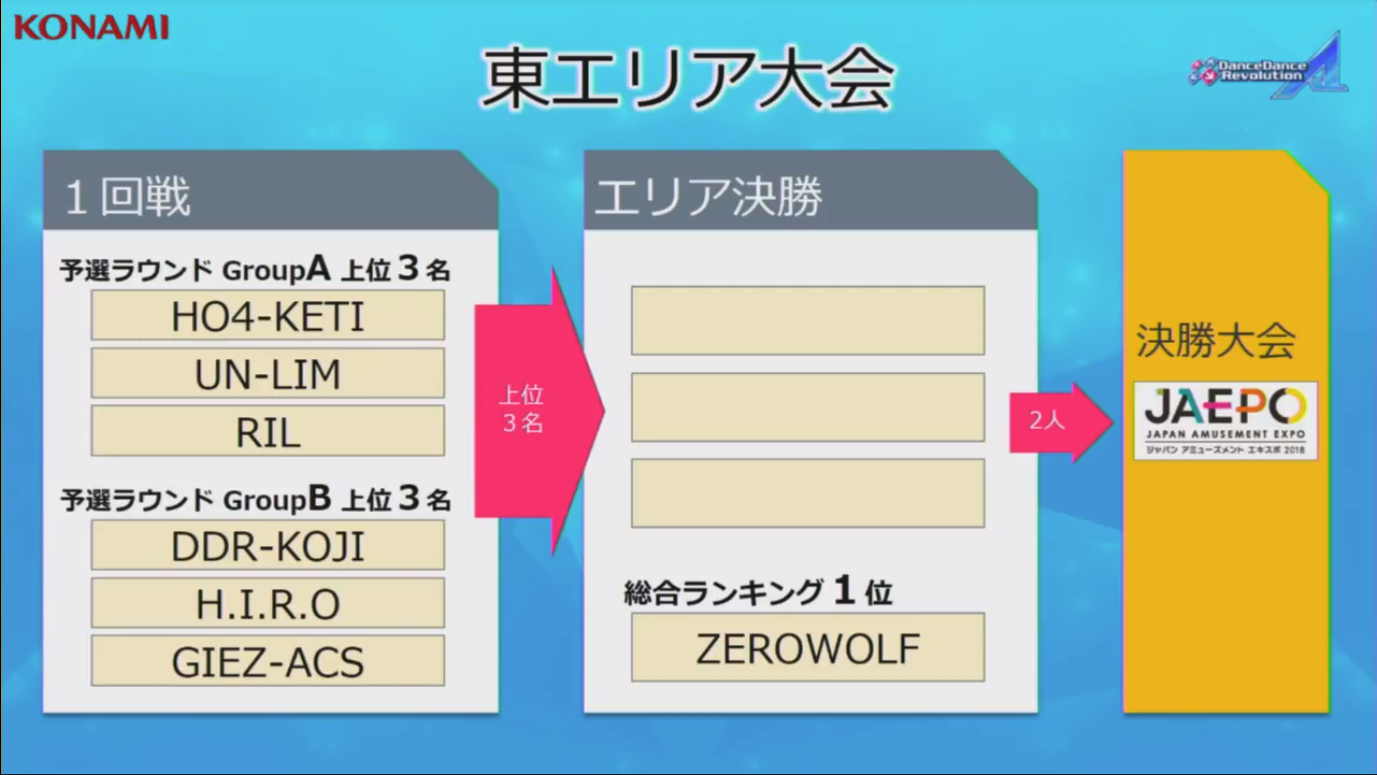 Six players play two songs, the top three scoring players advance to the next round to play with ZEROWOLF to determine who advances to the 7th KAC finals at JAEPO. One player from each group each chose one song to play. HO4-KETI picks DEAD END (“Groove Radar” Special) and DDR-KOJI picks JOMANDA. 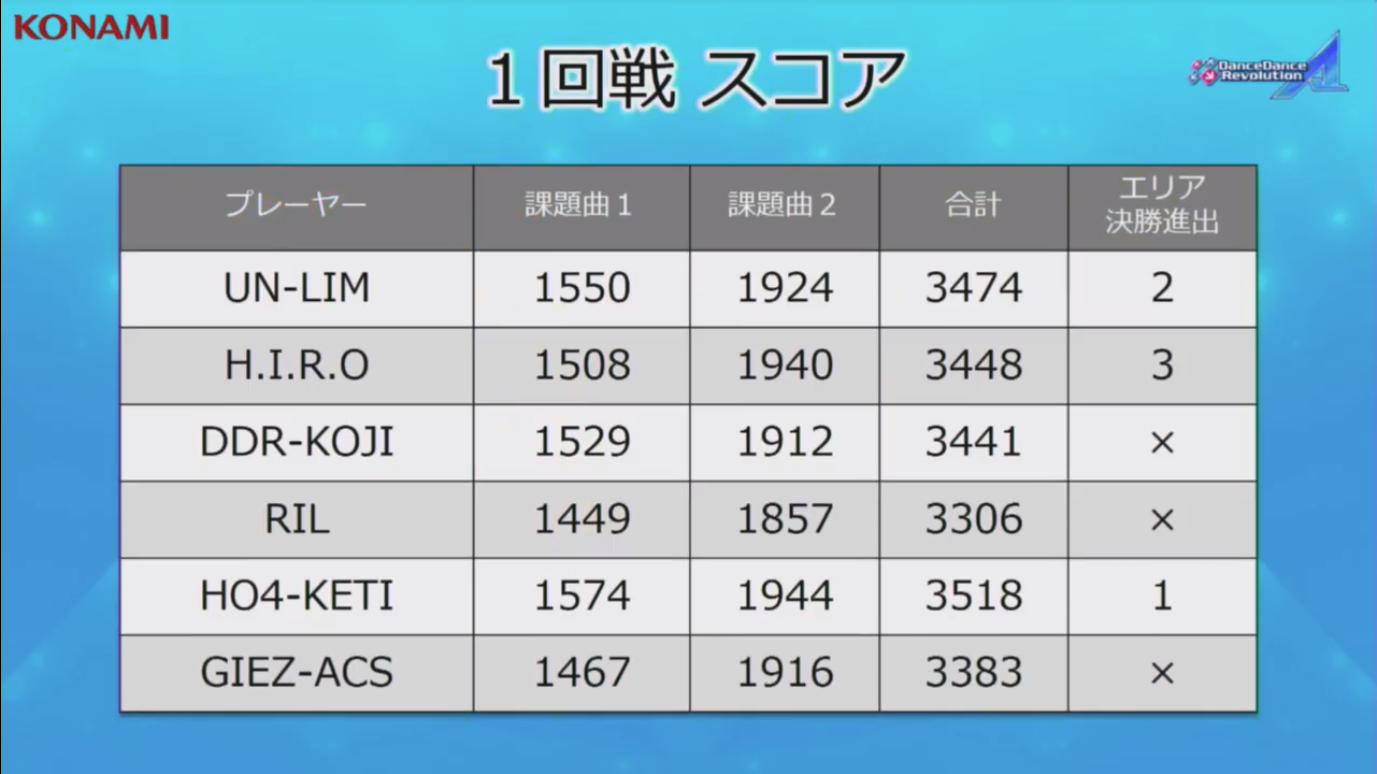 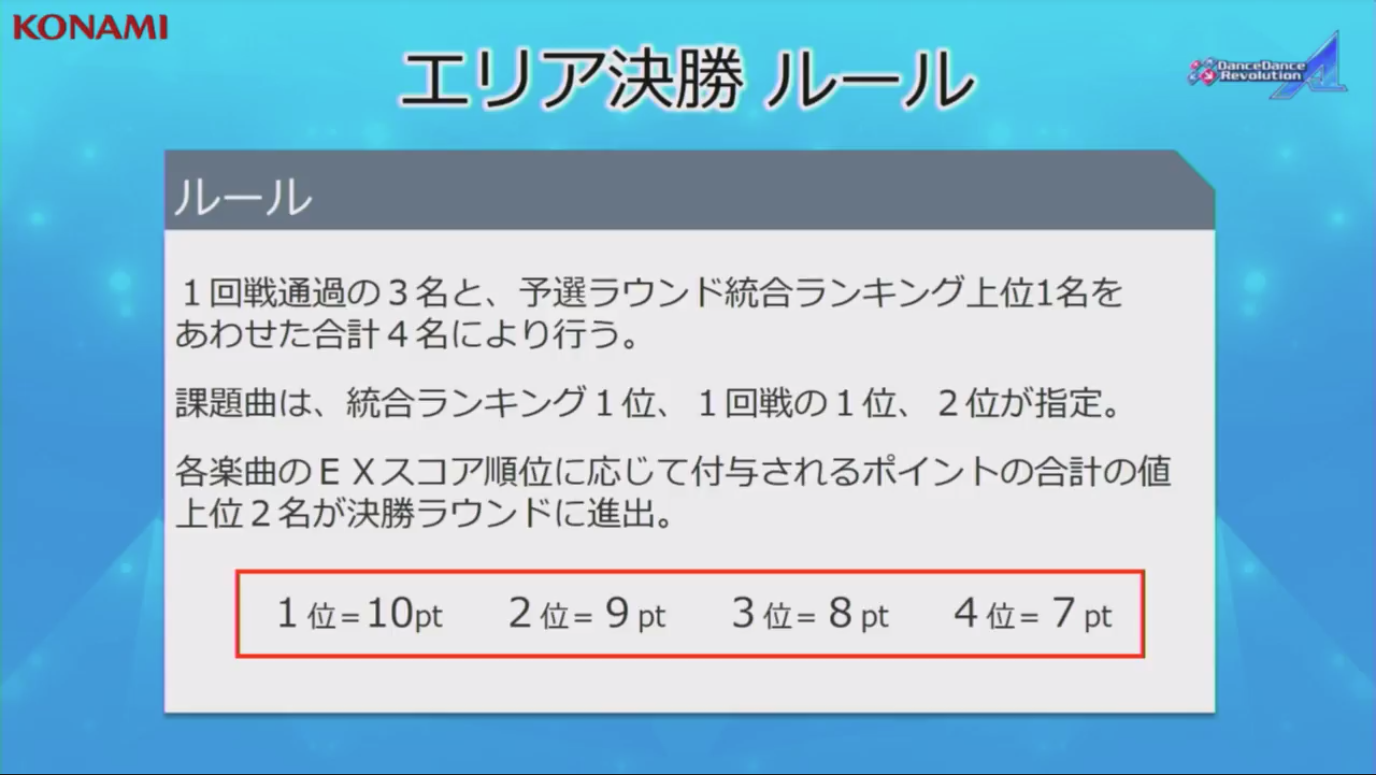 The commentators briefly explain the updated rules for the Japan tournament. The four players will be awarded points based on how well they score on each song. 1st – 10 points, 2nd – 9 points, 3rd – 8 points, 4th – 7 points. The two players with the most points by the end of the three songs advance to the 7th KAC finals. ZEROWOLF, HO4-KETI, and UN-LIM were able to choose a song:

After each player battled through two 19s and an 18, HO4-KETI and ZEROWOLF came out victorious! 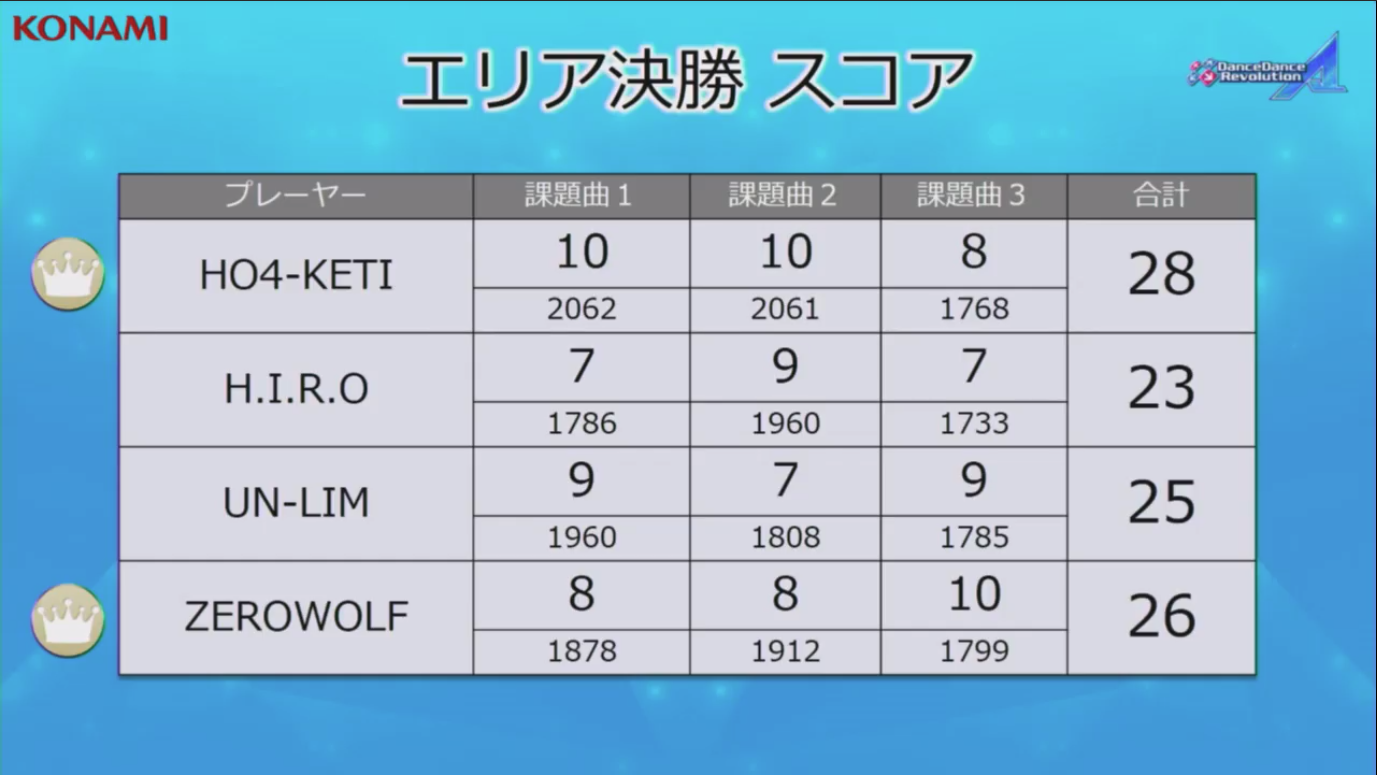 On day 2 of the Japan semi-finals, another seven players, including former KAC champion O4MA.(BROSONI) will face off to determine who will be the one player to advance to the 7th KAC finals. 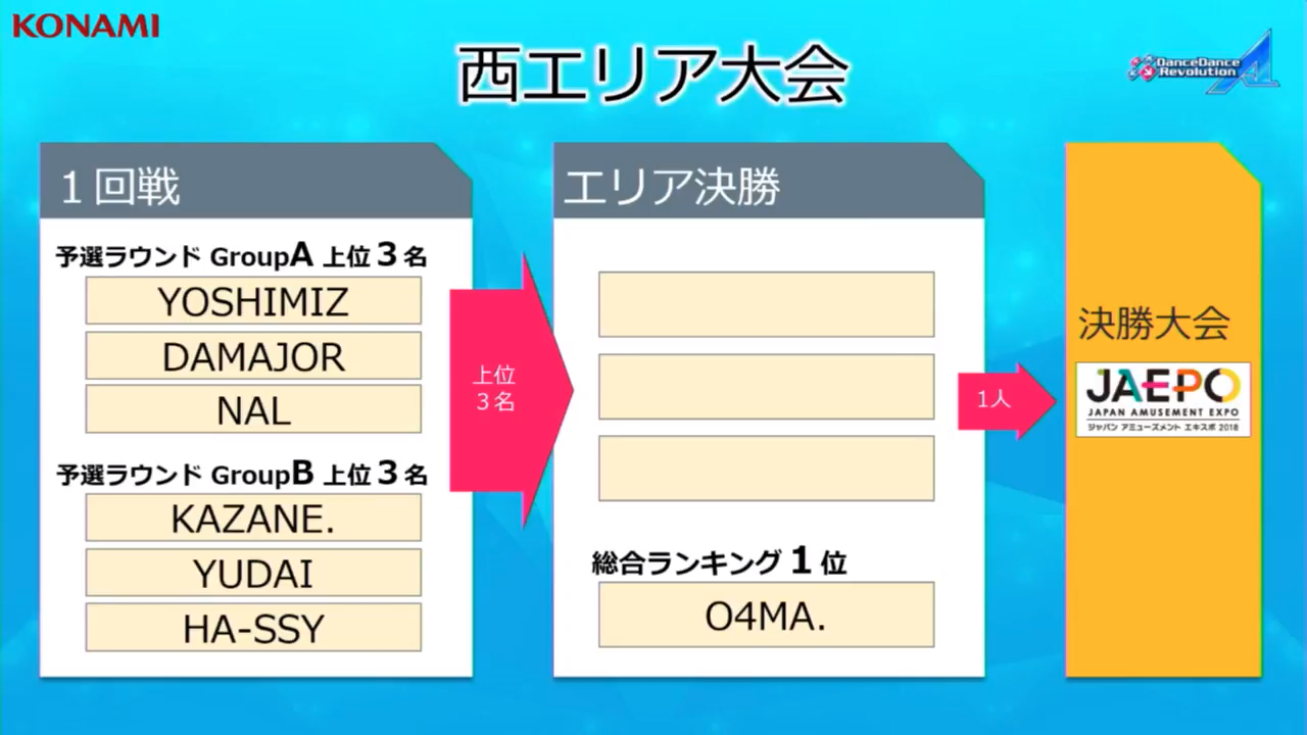 Best of luck to the West Japan DDR players!#7thKAC pic.twitter.com/bdq1gN2xRW

For the first round, YOSHIMIZ picks Valkyrie Dimension Challenge, and KAZANE. picks Pluto The First Expert. 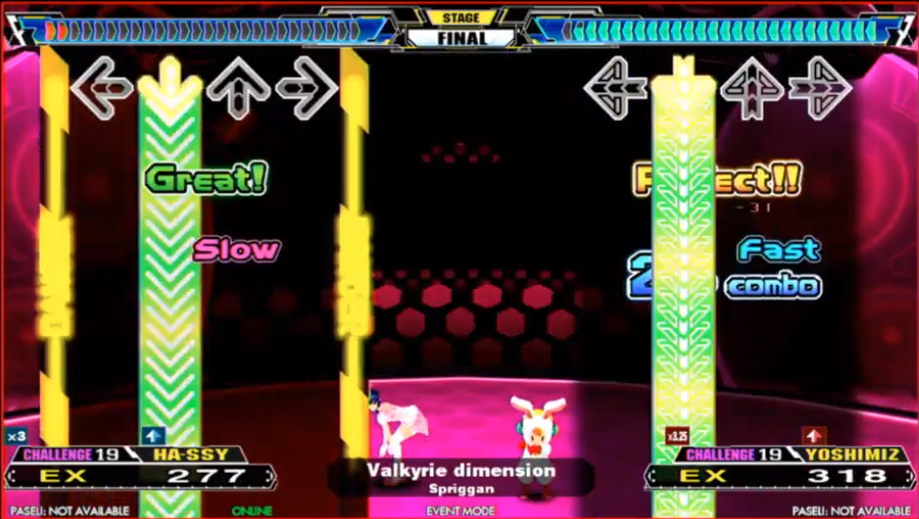 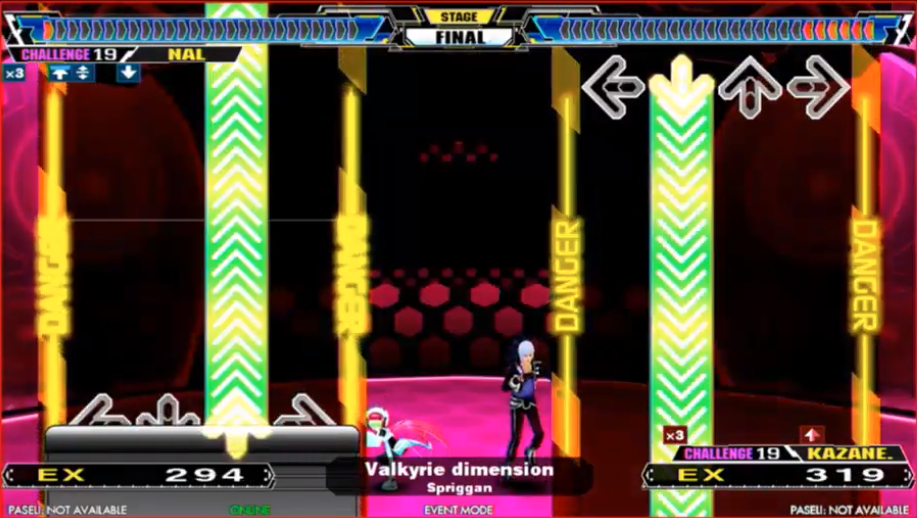 Out of the six players, YUDAI, YOSHIMIZ, and KAZANE. advance to the next round. 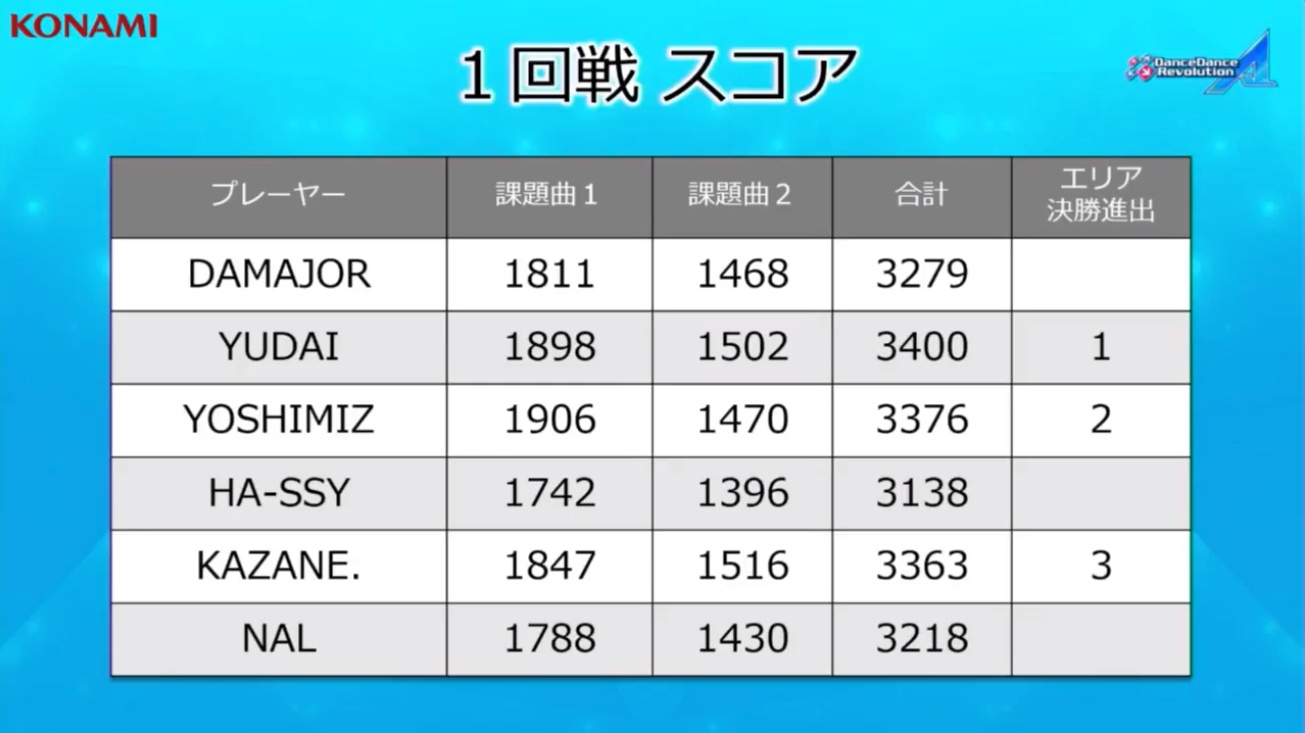 Just like in the East Japan tournament, three songs are picked by the first seed and the top two players:

BROSONI with the troll pick chose Valkyrie Dimension Challenge, which YOSHIMIZ had already picked the previous round.

YUDAI surprised us all with his performance, placing first within the first two songs, basically cementing his victory unless he falls so far behind on Valkyrie Dimension Challenge. However, YUDAI was able to hold on to the lead even while placing 2nd on the final song, allowing him to advance to the 7th KAC finals at JAEPO! 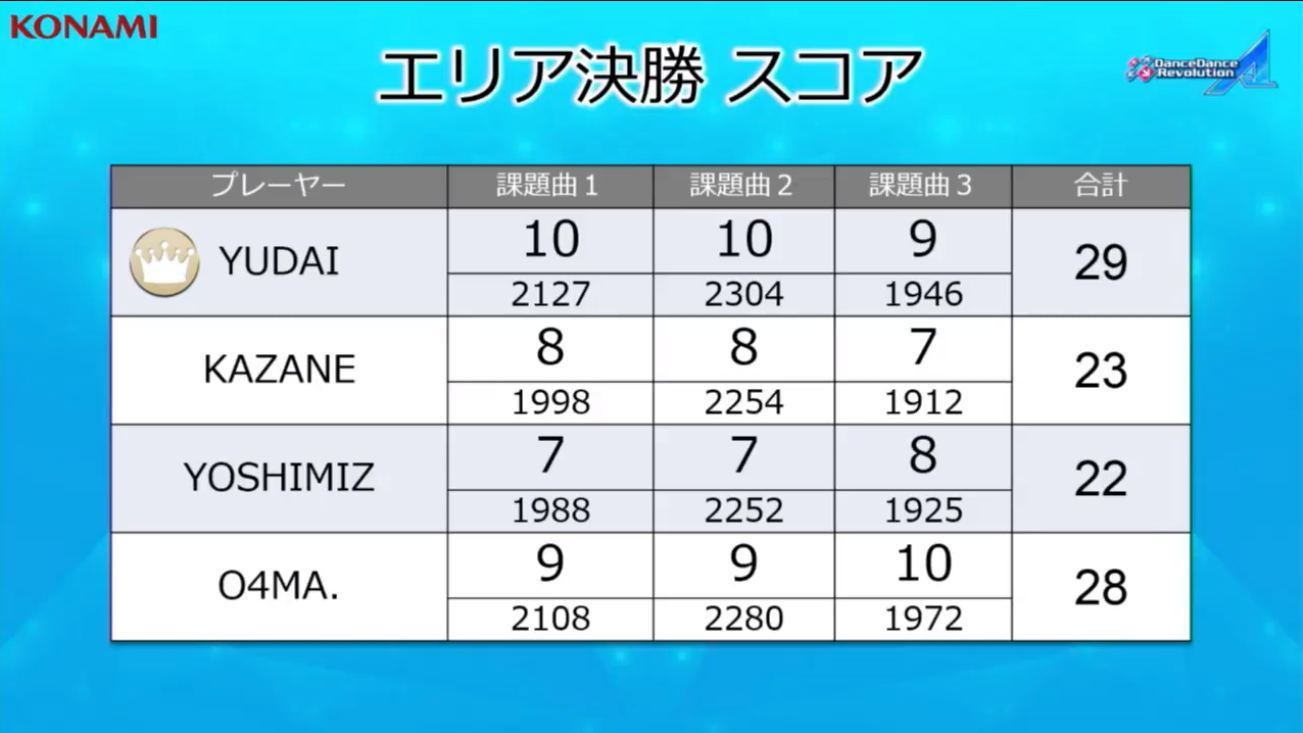 While O4MA was the crowd favorite and expected to make it to the finals, YUDAI put on an amazing performance edging out O4MA from advancing. This will be the first year that O4MA will not be playing in the KAC finals. This did not discourage him, however…

By complete surprise, O4MA took a moment to propose to his long-time girlfriend, Shizuka, live on the KONAMI livestream! (She said yes.) 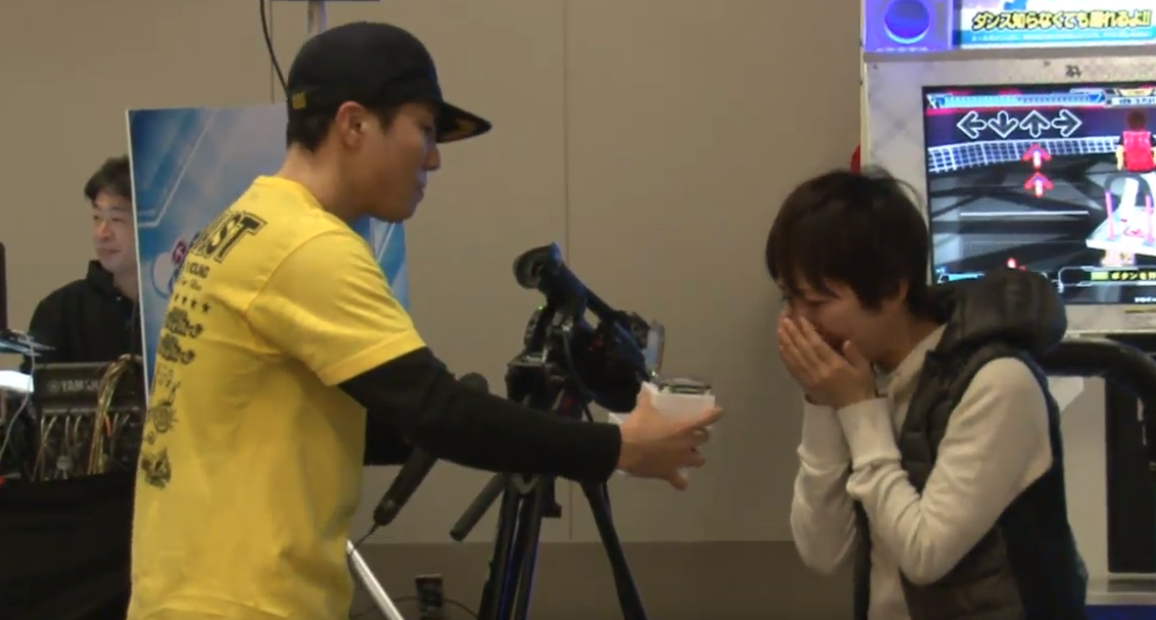 Fellow players congratulated O4MA and Shizuka and wished them a Happy Wedding. 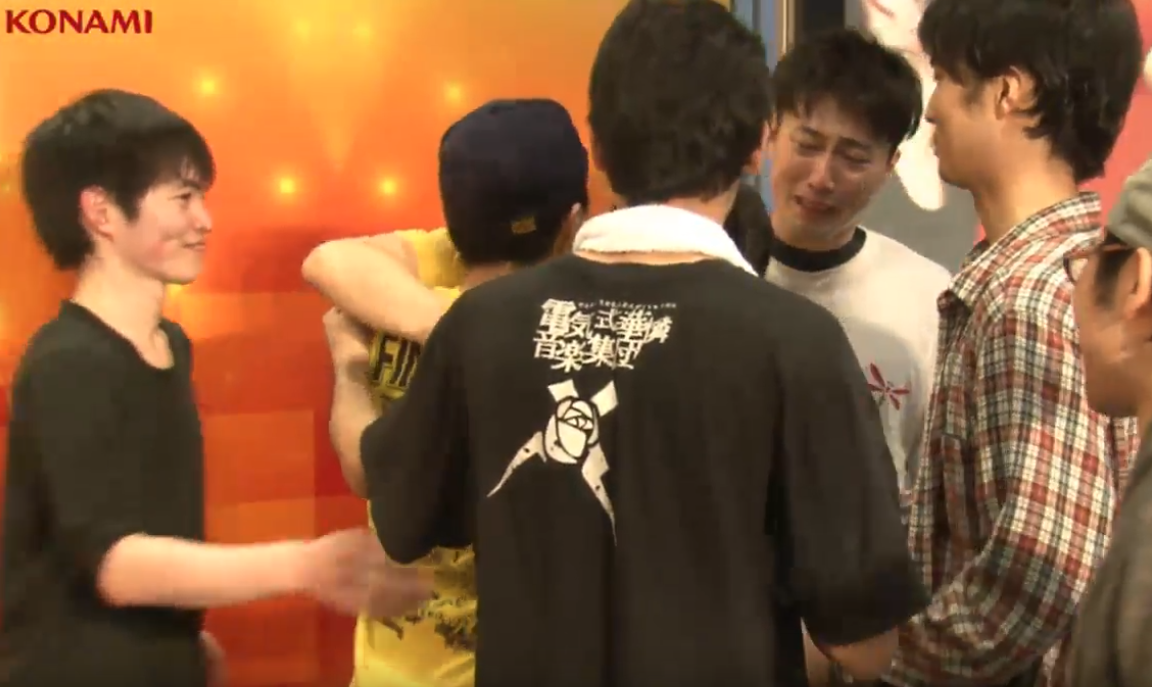 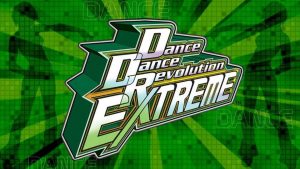 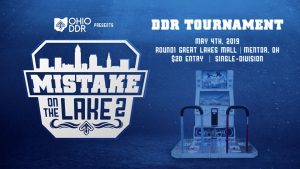 Mistake on the Lake 2 Results 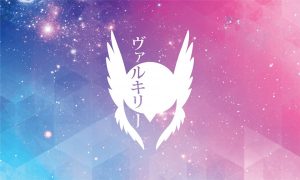