This is a list of all Double Play Level 17 songs in DDR A20 PLUS ranked by scoring difficulty. Each song and chart is scored by a formula using player-submitted data from Skill Attack and ranked accordingly. The individual difficulty level is broken down into sub-difficulties ranging between 17.0 to 17.9 from least to most difficult respectively. Click on the song jacket for a YouTube video of its chart. 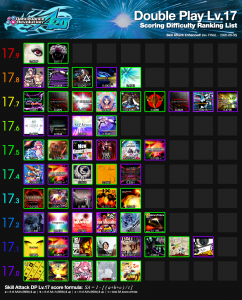 COURSE TRIAL 5 “AGGRESSIVE” rankings will be available from January 14, 2021 through February 10, 2021. Play the course to unlock the new song Vertigo by Hylen feat. VGYO. 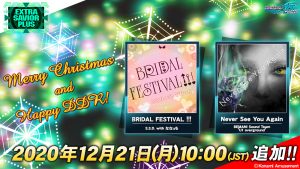